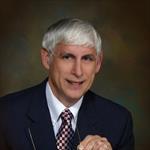 Dr. Allison received a BA with honors from the University of Pennsylvania, and, in 1969, his MD from the University of Rochester. His entire post graduate training was at the University of California Los Angeles (UCLA) and the University of California San Francisco (UCSF). He began his medical career at Kaiser San Rafael in 1974 where he was that groups’ first gastroenterologist. In 1977 he transferred to Kaiser Oakland Medical Center where he was a full-time gastroenterologist and educator (Assistant Program Director – Internal Medicine) and where he devoted the majority of his time to patient care, administration, clinical research and teaching. In 1996 he received the Lowell Beal MD Award “in appreciation of his example of academic excellence combined with warm humanity.” He retired as a clinician from Kaiser in 1998.

After his retirement from Kaiser, Dr. Allison was invited to be a member of the University of California San Francisco (UCSF) faculty and an Emeritus Investigator at Kaiser Permanente’s Division of Research.

Dr. Allison is a national and international expert on screening tests for colon cancer. In a publication in The New England Journal of Medicine in 1996, he was the first person in the U.S. to show that the fecal immunochemical test (FIT) was superior to the standard guaiac fecal occult blood test for screening for colorectal cancer. Since 2000 Dr. Allison has been an ad hoc consultant to the Centers for Disease Control, National Cancer Institute and the Agency for Healthcare Research and Quality (AHRQ) on issues concerned with screening for colorectal cancer. Currently he is working with the California Colorectal Cancer Coalition (C4), California and San Francisco Departments of Public Health to increase screening rates in the uninsured/underserved population by instituting a FIT based screening program in clinics served by safety net hospitals. The screening model this group has developed is being exported to other parts of the San Francisco Bay Area and state of California and has support from both the CDC and the American Gastroenterological Association.

In addition to expertise in colorectal cancer screening tests, Dr. Allison has been a dedicated researcher in inflammatory bowel disease (IBD). In 2005 he helped establish an Inflammatory Bowel Disease (Crohn’s Disease and Ulcerative Colitis) registry of over 25000 patients at Kaiser’s Division of Research. In the past 7 years, close to 20 peer reviewed publications have been published from information contained in the registry.

Dr. Allison’s screening and IBD research has been published in the Annals of Internal Medicine, The New England Journal of Medicine, Gastroenterology, Clinical Gastroenterology and Hepatology, the Journal of the National Cancer Institute and other peer reviewed journals. He has been quoted in Prevention Magazine, the Ladies’ Home Journal, the Wall Street Journal, the San Francisco Chronicle and the New York Times.